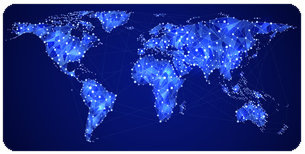 Economics 101: A Lesson For South Africa - Scrabble, Globalisation And The Third World

In 1776, the Netherlands had four times the per capita income of the poorest countries. By 1980, this had grown to forty times for China and twenty four times for India.
Scrabble in a globalised world
Economists explain this divergence by the Scrabble analogy. If you have more letters than your opponents, you are bound to do better as you can make more words than them. From 1776, there was an explosion of new knowledge in Western Europe and the United States which was harnessed to drive Western economies. Staying with the Scrabble analogy, if you substitute words for knowledge, then you can begin to understand why rich counties got richer.
An interesting twist to this theory is that since 1980, many poor countries have bucked this trend and have substantially narrowed the gap with the West – per capita income is now only four times higher in the Netherlands versus China.
This has been put down to globalisation and the splitting of supply chains. For example, a computer is now made in several different countries – one may make components for the hard drive, one will develop software and so on down the supply chain. This has dramatic consequences for poorer countries. Instead of designing and manufacturing a computer, they can focus on one aspect of a computer. Thus, instead of needing letters they don’t have (to go back to Scrabble), they only need one letter or two letters.


Leapfrogging to “rich” - without protectionism

Thus, countries like South Korea have leveraged on these one or two words to create more skills (education, design) and from there have moved into global brands like cars (Kia) and electronics (Samsung). In effect, they have leapfrogged from poor country to first world country. South Korea in the early 1960’s was ranked with many African countries but now is a first world economy. This has cast doubt on the model accepted in the 1960s (before globalisation took off) that the best way to develop was via building up a manufacturing industry using tariffs to protect local industry until it became competitive.  This now has many drawbacks such as tariff protection can keep international technology out of your economy but even worse, it becomes too expensive to join the global supply chain.  Another drawback is because an industry is being protected, it may never become internationally competitive.  Many third world countries rail against globalisation, but if they stopped to think, they could put the building blocks in place to model themselves on South Korea or China. It is interesting that countries accepting globalisation have outperformed those who stick to the old philosophy of local manufacture and protectionism.  South Africa take note!

© DotNews. All Rights Reserved.
Disclaimer
The information provided herein should not be used or relied on as professional advice. No liability can be accepted for any errors or omissions nor for any loss or damage arising from reliance upon any information herein. Always contact your professional adviser for specific and detailed advice.